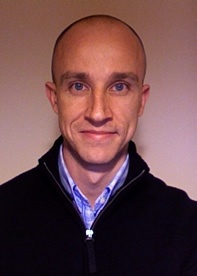 Chair of Romance Languages and Professor of French and Comparative Literature

• French 224: Sexuality and Seduction in Nineteenth- and Twentieth-Century France

Advanced French: Danger and Desire in French Film and Fiction

Remembering the Great War: The First World War in Literature and Film (not offered 2021/22)

Twentieth-Century French Novel: From Adversity to Modernity (not offered 2021/22)

Published in the series “Becoming Modern: New Nineteenth-Century Studies” by the University Press of New England, now available at the University of Massachusetts Press. One of the first books on “Gays in the Military” published following the historic repeal of “Don’t Ask Don’t Tell” in 2011, Napoleonic Friendship examines the history of male intimacy in the French military, from Napoleon to the First World War. Echoing the historical record of gay soldiers in the United States, Napoleonic Friendship is the first book-length study on the origin of queer soldiers in modern France. Based on extensive archival research in France, the book traces the development of affectionate friendships in the French Army from 1789 to 1916. Following the French Revolution, radical military reforms created conditions for new physical and emotional intimacy between soldiers, establishing a model of fraternal affection during the Revolutionary and Napoleonic Wars that would persist amid the ravages of the Franco-Prussian War and World War I. Through readings of Napoleonic military memoirs (and other non-fiction archival material) and French military fiction (from Hugo and Balzac to Zola and Proust), Martin examines a broad range of emotional and erotic relationships, from combat buddies to soldier lovers. He argues that the French Revolution’s emphasis on military fraternity evolved into an unprecedented sense of camaraderie in the armies of Napoleon. For many soldiers, the hardships of combat led to intimate friendships. For some, the homosociality of military life inspired mutual affection, lifelong commitment, and homoerotic desire.

Napoleonic Friendship has been praised as “the postmodern military history that Foucault never wrote” (H-France Review), “a seminal text in understanding the cultural production of masculinity and homosocial relations…a protestatory gesture against the silencing of gays in the military” (South Central Review), “a work of solid historiography and level-headed literary analysis…a well-documented historian’s presentation of how Napoleon…radically changed…the relationship between soldiers” (Gay and Lesbian Review), “one of the few academic books where the author’s prologue is a genuinely moving testimony and explains much of the passion of what follows” (French History), “a solid contribution to military and literary history” (Nineteenth-Century French Studies), “a provocative book…[o]riginal and challenging” (H-War Review), and “a remarkable contribution to historical, literary, military, and queer studies” (American Historical Association’s Committee on Lesbian, Gay, Bisexual, and Transgender History).

Nominated for a Lambda Literary Award in 2011, Napoleonic Friendship was awarded the Laurence Wylie Prize in French Cultural Studies in 2012. Created in 1995 to honor the memory of Laurence Wylie, professor of French civilization at Harvard University, the Wylie Prize is awarded biennially to the best book in French social or cultural studies. In addition to the Modern Language Association’s Scaglione Prize for French and Francophone Studies, the Wylie Prize is recognized as one of the most prestigious book prizes in the field of French Studies. The jury for this year’s prize included prominent scholars in French history and literature from NYU, Harvard, Tufts, and Duke, who chose Napoleonic Friendship from among 65 books under consideration in 2010 and 2011.

“Military Mates: From Revolutionary Fraternity to Napoleonic Intimacy in the Memoirs of Sergeant Faucheur,” Special Issue, “Passions of War: Gender, Sexuality, and Conflict in the Long Eighteenth Century,” Journal for Eighteenth-Century Studies 41.1 (December 2018) 543-58.

“Professor Jean Norton Cru: from Williams College to the Battle of Verdun,” France and the Memory of the Great War, University of South Alabama, March 2017.

“Combat Companions: Passion and Intimacy in the Armies of Napoleon,” ‘Passions of War’ Conference, University of Leicester (UK), February 2016.

Laurence Wylie Prize in French Cultural Studies, for Napoleonic Friendship: Military Fraternity, Intimacy, and Sexuality in Nineteenth-Century France (Durham: University of New Hampshire Press, 2011). Awarded biennially for the best book in French social or cultural studies, from among 65 books under consideration in 2010 and 2011. Prize announced in 2012, awarded in 2013.

Whiting Foundation Fellowship, for research in France and Québec, 2007-2008.

Harvard Frederick Sheldon Fellowship, for a year of study in France, 1993 (declined).

Mary Ziegler, “Dangerous Imaginings in Trollope’s Can You Forgive Her and Flaubert’s Madame Bovary” (Harvard 2004).

Swarthmore College, External Examiner for Honors Program in French, Written and Oral Exams on Romanticism and the Nineteenth-Century Novel, 2006-2010.

“Without Distinction: Race and Ethnicity in New French Film” (2012).

“In the Best of Families: Domestic Drama in New French and Francophone Film” (2007).

“Beyond the Femme Fatale: Leading Women in New French and Francophone Film” (2006).

Laverne Cox (Actress, Activist, Transgender Woman of Color), March 2018 (For the 25th Anniversary of the Dively Committee on Human Sexuality and Diversity).

“Charlie Hebdo & Hyper Cacher: In the Aftermath of the Violence in Paris,” February 2015.

“France in Revolt: The Labor Strikes that Shut Down the Nation,” November 2010.

“Crisis in the Caribbean: The French Antilles and the Global Economic Crisis in France,”
March 2009.

Please visit the Covid-19 website for the latest information, including details about vaccination, testing and mask requirements, and travel. Hiking boots and diving snorkel: Theresa Morley-McLauglin '21 needed both for her research on French National Parks

“During my visit to Calanques National Park, I explored the park’s marine territory by scuba diving, which turned out to be an unexpectedly powerful experience because it forcefully reminded me of the importance of all living creatures and ecosystems. Although I know that climate change is an incredibly far reaching problem, when I think of its negative effects, my brain goes first to the shrinking glaciers and the poor polar bears. I don’t immediately consider the fish, crustaceans, arthropods, or underwater plants whose habitat is likewise threatened by our changing planet.”
(Theresa studied at the Wellesley-in-Aix Study Abroad Program.)
»

From Buddha Bowls to Faux-gras: Caleigh Paster ’21 on a Quest for Plant-based Cuisine in France

“One of (my host mother’s) friends runs a Facebook group for vegetarians in Aix, where every week they get together at a restaurant, taking over the storefront, to eat a wonderful plant-based meal. I had not expected this support and community that surrounds the vegetarian culture in France. However, this community is only found if you seek it out. As my host father made clear, the classic French dishes are not vegetarian: foie gras, croque monsieur, escargot, etc.”
(Caleigh studied at the Wellesley-in-Aix Study Abroad Program.)
» More →